Lessons from the Manger – Humility

Lessons from the Manger 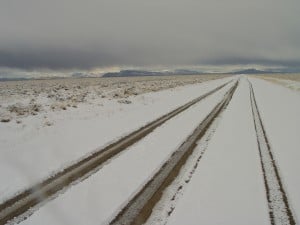 Christmas is the season we can learn so much about Christlike humility, how Jesus entered this world, lived His life and how He completed His course. Even though He was God the Creator come to earth in the flesh He did not come with pomp, flaunting His wealth and power in an arrogant way. He was born in a manger, which represents He came in humility. Think about it, the Highest Being in the universe humbles himself to get on our level, born in a manger. Even though He was born in a manger, Jesus did not live in poverty (see 2 Corinthians 8:9).  He was prosperous enough to fund His ministry. Jesus said I am meek and lowly of heart (see Matthew 11:28-30).  He is Humility in it’s purest form.

Now jump ahead to today. Have born again believers in North America as a whole grasped this?  If we searched our hearts, would we be able say this is the way believers behave today? Jesus said of the end times in Matthew 24:10 “many will be offended.“ The Greek meaning, “many will be scandalized.” There are more scandals amongst Christians than ever before. We have many Christian leaders and Christians falling into sexual immorality like no other time in Christianity.  Then there are preachers and Christians pointing the finger at those who are falling. Many pointing the finger are full of themselves, exaggerate, embellish or outright lie to make themselves look good and think “no big deal” at least I am not immoral. Christianity has been losing it’s relevance in our society because we do not live what we preach. Ghandi said if it wasn’t for the Christians and the way they lived He would have become one himself. Immorality, competition, strife, exaggeration, embellishing, lying and outright religious hype is a turn-off  causing society to find Christianity not very relevant. Newsboys sing “Don’t believe the hype. It is such a let down.”  Let’s get back to the One it is all about  – Jesus and not us. Checkout Proverbs 6: 16-19, 8:13, 11:2, 12:9, 13:2, 16:5,18, 18:12, 21:2, 25:6-7,27, 27:2, 29:1, 29:23, 30:13,32 & James 4:6.

With so many Christians falling from grace it looks bleak. Despite this God is getting ready to move in ways we have not witnessed before, to reap the end-time harvest of souls. The miracles, healings, signs and wonders will only be picking up with more intensity.  In light of all that is going on God is raising up a ‘people’ for such a time as this. People who will live their lives before the audience of ONE (see Matthew 6:1-6).

Many are falling by the wayside as there are no checks in their life. When nobody can speak into your life WATCH OUT you have the recipe for a fall from grace. For some who continue to harden their heart with no repentance of immorality or arrogance that fall will be great (see Proverbs 29:1). Yet God is a God of restoration.  He can restore somebody who has fallen and truly repented. Galatians 6:1 say Brethren, if a man is overtaken in any trespass, you who are spiritual restore ( Greek- restore to a place of usefulness) such a one in a spirit of gentleness(humility), considering yourself lest you also be tempted. We have spent much time this year praying for restoration of leaders who are falling and don’t even see it and for those who have fallen.

We can learn entering into 2011 not to let the gifts that God has put in us to surpass our character. I believe in the days to come God is raising up a people who have Christ-like character and will be connected with others in the Body to bring about a powerful move all over the world. Character, such as humility, integrity and honor will play an important role to release a tremendous move of God in the coming years.

Are we on God’s side? We may think we are on God’s side because we are Christians or conservatives but consider Psalms 138:6 which says Though the LORD is on high, Yet He regards the lowly (humble); But the proud He knows from afar. Jesus came to earth the greatest example of humility. That is the side we should take.  Jesus went even further.  The HIGHEST BEING IN THE UNIVERSE humbled Himself to the point of being severally tortured, mocked by His creation, becoming sin for us and dying a humiliating death on a cross (see 2 Corinthians 5:21, Phillipians 2:3-11).  We can take His resurrected life in us, infused with His humility and change nations in 2011. Let’s get back to it!

Check out Humility The Hidden Key to Walking in Signs and Wonders!