“Assuredly, I say to you, among those born of women there has not risen one greater than John the Baptist; but he who is least in the kingdom of heaven is greater than he.” (Matthew 11:11)

Recently when I was in China the Lord brought my attention to something in this verse I had never noticed or understood before. Jesus said that no one was greater than John the Baptist, yet in the coming days others could be even greater than John.

I do not believe it was a coincidence that the Holy Spirit opened my eyes to this verse while I was in China. Currently there are more Christians in Communist China than in any other country in the world. 9% of China’s 1.3 Billion population are born again. Latest estimates state that every day anywhere from 25,000 to 40,000 people are coming to Christ. I believe one of the reasons is that they have achieved greatness in Christ that we in America know little about. In China, amongst the believers the focus is all ‘JESUS’. Unfortunately many times the focus in America is ‘us, our church or our ministry.’ I believe that this is the reason why China is experiencing one of the greatest moves of God of any country.

What made John the Baptist the greatest of his time? He understood what it was to be humble and to be the least in the Kingdom of God. When Jesus came on the scene, John the Baptist said in John 3:30, “HE MUST INCREASE, BUT I MUST DECREASE.” Think about the attitude of John the Baptist.  At this time a spotlight from heaven was shining brightly on him. He was the talk of the region and had the attention of the people. Less of us and more of Jesus! What does it equal? More heaven on earth, which in turn means more signs and wonders, miracles, changed lives, accomplishing the impossible and so much more. No more stress in trying to prove yourself!  We encounter Jesus in our midst.  One major thing achieved when it is “ALL ABOUT CHRIST” is that we tap into the fullness of God’s grace.

Matthew 11:25-27 says, “At that time Jesus answered and said, “I thank You, Father, Lord of heaven and earth, that You have hidden these things from the wise and prudent and have revealed them to babes.  Even so, Father, for so it seemed good in Your sight.  All things have been delivered to Me by My Father, and no one knows the Son except the Father. Nor does anyone know the Father except the Son, and the one to whom the Son wills to reveal Him.” In verse 25 Jesus mentions that these principles have been hidden to some and revealed to others. In verse 27 He says He will reveal the Father (heart of God) to whom He wills.  Paul also mentions a mystery that has been hidden for a long time in Colossians 1:26-27, “the mystery which has been hidden from ages and from generations, but now has been revealed to His saints.  To them God willed to make known what are the riches of the glory of this mystery among the Gentiles: which is Christ in you, the hope of glory.  The Father has given us the opportunity to tap into greatness and accomplish more than we could ever imagine, by revealing His Son Jesus Christ in us. If we can understand that by becoming the least in the Kingdom, we can obtain greatness in God’s Kingdom.

THE WORLD’S VIEW –VS- GOD’S VIEW

The world’s view of greatness is achieving it by one’s self even if one has to step on others, use and abuse people, exalt and promote oneself. The saying is ‘just believe in ‘yourself’.  Then you will make it to the top and be great. I tried it that way! It doesn’t work if Christ is not the focus.

God’s view is entirely the opposite. Jesus said, those who will be the least (or nothing) will be the greatest. It appears to be a complete contradiction! In order to achieve greatness one needs to start with the very important essentials, something John the Baptist understood. He understood for him to decrease and Christ to increase meant greatness in God’s Kingdom. It meant heaven was at his disposal.

Jesus said “Come to Me, all you who labor and are heavy laden, and I will give you rest.  Take My yoke upon you and learn from Me, for I am gentle and lowly in heart, and you will find rest for your souls. For My yoke is easy and My burden is light.”(Matthew 11:28-30).  Nowhere else does Jesus make a statement like this; come to Me, learn from Me, this is what I Am. What does He say He is? Gentle and lowly in heart! Humble or meek! Twice He says if you learn this you will find REST (Greek-intermission, pause, recreation, a letting down of chords pulled tight) for your souls. Any takers? By understanding the humility Jesus walked in we obtain rest, and can experience heaven invading the earth.

The word heavy laden in the Greek means “to be overburdened with religious ceremony”. Jesus is talking to future Jesus followers. Many Christians in North America are just going through religious motions and accomplishing very little in comparison to what God has planned for them.  How did we come to Christ? We humbled ourselves and turned from our sinful ways and Christ took residence inside of us.  We took on the nature of Christ. Some end there and then gradually lose the humility part. Ephesians 2:8-10 says  “For by grace you have been saved through faith, and that not of yourselves; it is the gift of God, not of works, lest anyone should boast.  For we are His workmanship, created in Christ Jesus for good works, which God prepared beforehand that we should walk in them.”

How did we get saved? By grace through faith that was not of yourself, it was a free gift! A gift is always free or it is not a gift. Notice verse 9, NOT OF WORKS LEST ANYONE SHOULD BOAST. Many Christians think that these verses refer only to the forgiveness of sins and receiving eternal life. It however means so much more! The word SAVED in the Greek means forgiveness, made whole, healed, delivered, protected, prospered and so much more.

All these benefits are part of the salvation package through or in Christ. Once we come to Christ we erroneously think that we have to prove ourselves to God and others (a form of pride) to obtain the blessings of Calvary. We often forget about the grace of God and try to work up His blessings.  We figure that if we follow the right steps, learn how to breakthrough, cry, shout, etc. than we can appropriate and receive the blessings.

It all comes by grace and the faith that comes from God. It is God’s unmerited favor, not of ourselves, our works, or performance. Romans 3:27 says “Where is boasting then? It is excluded. By what law? Of works? No, but by the law of faith!” If it does come because of your good performance then as Peter Youngren mentioned while in Wyoming recently, we can say ‘all praise be to you’ and you could boast in yourself. But all praise, honor and glory goes to God. We always fall short of obtaining anything from God of ourselves. It is also like Peter Youngren says, ‘Christianity is the most difficult religion to live up to. We fall short. But not if we are focused on Christ, allowing Him to live His life through us. That is the only way to live the Christian life. ’

HOW DO WE TAP INTO THE GRACE THAT LEADS TO GREATNESS

Peter and James, two early Church leaders, give insight into walking in the grace of God that will take you further than you ever imagined in the things of God. Read James 4:6-10 and 1 Peter 5:5-9! Both leaders say the same thing in James 4:6 and 1 Peter 5:5.  They understood the importance of humility and grace.  But He gives more grace. Therefore He says:’ God resists (Greek- ranges in battle against) the proud, Butgives grace to the humble.’ (James 4:6). Who gets the grace? The humble! Those who realize Christ must increase and they need to decrease tap into MORE GRACE. Humility, the kind that Jesus walked in, will help you live the ‘Impossible Christian Life.’ You cannot work it up. You just need to remain humble, teachable and allow Christ in you to come forth. God will move in spite of you. He has for me so many times when I fell short. It is His grace at work. We can live a stress free Christian life by tapping into His grace and humility and staying that way as He begins to exalt and promote us. (see James 4:10, 1 Peter 5:7 & Psalm 75:6-7).

Jesus said in John14:12 “Most assuredly, I say to you, he who believes in Me, the works that I do he will do also; and greater works than these he will do, because I go to My Father. Jesus in the prime of His ministry said He was leaving the greater works for you and me to do. More miracles are happening in the world currently than at any other time in history. Many parts of the world are experiencing these greater works. It took humility for Jesus in the prime of His ministry to lay it down and turn it over to us. Why? Because we, the Body of Christ, are so messed up in and of ourselves, but now He lives in us to help us accomplish those greater works.  All we have to do is take Him out of our religious boxes to be Himself (See John 11:48).  “If we let Him alone like this, everyone will believe in Him…” (John 11:48) The sooner we get out of the way and allow Jesus to come forth the sooner heaven invades the earth. The sooner we humble ourselves, realize that apart from Him we cannot do anything (see John 15:5), know that He is in us and through Him we can do all things (Philippians 4:13) the sooner we will get His job done. Then we will achieve kingdom greatness and do the greater works of Christ.

This also means that we need to cease competing with each other and start working together. Competition within churches, pastors and ministries is foolish and unwise. “For we dare not class ourselves orcompare ourselves with those who commend themselves. But they, measuring themselves by themselves, and comparing themselves among themselves, are not wise.” (2 Corinthians 10:12).  We accomplish nothing through competition. It is all about Jesus and very little about us. Let us focus on Christ!

“ Let nothing be done through selfish ambition or conceit, but in lowliness of mind let each esteem others better than himself.  Let each of you look out not only for his own interests, but also for the interests of others. Let this mind be in you which was also in Christ Jesus, who, being in the form of God, did not consider it robbery to be equal with God,  but made Himself of no reputation, taking the form of a bondservant, and coming in the likeness of men.” (Philippians 2:3-7)  Jesus made Himself nothing ( Phillipans 2:7 NIV). He laid aside His privileges as God and humbled Himself to the point of death ( Phillipians 2:8). Now He is exalted to the highest place. Let us follow in His footsteps, allowing Him to live His life through us and we will achieve greatness in the kingdom of God. All for His glory! 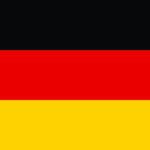 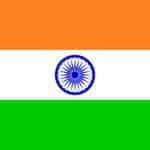