Free chapter – Why Did Jesus Need to be Born on Earth? Why Did Jesus, God The Creator, Need To Be Born On Earth?

There are a number of important reasons why the Creator, Jesus Christ had to come to earth. As it relates to the subject of authority Jesus gave those born on earth authority (see Genesis 1:26-28). Psalms 115:16 says The heaven, even the heavens, are the Lord’s; But the earth He has given to the children of men. The Creator, Jesus said the heavens He would take care of but put mankind in authority and charge of this planet. Mankind immediately blew it and gave his authority over to Satan and he became the ruler of this world. In order for that authority to be restored Jesus had to take on flesh and blood and die in our place so he could go to hell in our place and defeat Satan and restore our authority. Without Jesus becoming a man He would have never had the authority to operate with the authority He gave mankind on this earth, in the beginning of time.

Read chapter 6 of Mark Anderson’s new book The Authority Given to Mankind. Why Did Jesus, God The Creator, Need To Be Born On Earth? 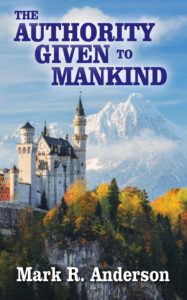 The Authority Given to Mankind is on sale – buy the book here!

Do you desire to be used by Jesus in healing and deliverance ministry? If so, this book can be a great tool to get you there. Mark has been teaching this subject for many years, all over the world. The fruit he has seen from this teaching has been amazing. Thousands have been healed and or delivered as leaders have put these principles into practice.